When the world shakes and tumbles 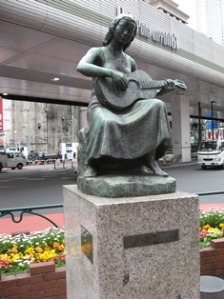 My heart will keep drifting to Japan, to the immense city of Tokyo where I looked out of my hotel room and saw nothing but roofs stretching to the horizon.  It drifts also to the tidy sweetness of the neighborhood of my first school visit, to the cooks in their hole-in-the-wall-places where we stopped to get food, helplessly laughing as we tried to communicate (mostly by pointing) what we thought might make a good thing to eat.  It drifts to the blind man on the train who took my hand–and healed me right up, or so it felt, anyway.

The librarian at one of the schools where I spoke had dreamed of Japan ever since he was a young man growing up in a blue collar UK neighborhood.  Indeed, he felt at home when he arrived.  He married a Japanese woman and told me he planned to stay in Japan forever. 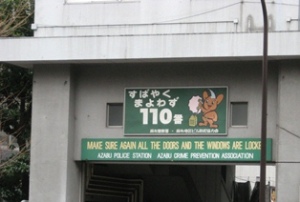 “What is it that you like so much about Japan?” I asked him.

“Everything runs smoothly and is on time,” he said.  “People whose job it is to serve the public are unfailingly efficient and polite.”

“That’s interesting,” I said, “because that’s my stereotype of the UK, the country you left.”

I saw a country where the community–the value of the glue that holds a group together–is honored and celebrated.  Children, I was told, are taught not to bring shame on their families.  They also, though, are taught to think about whether their actions will bring shame on their teachers and others who are investing in them.  For an American, the difference is striking…the line drawn…where single lives begin and end and how people should think of themselves as individuals who owe their existence to a nurturing whole.

For a while, Tokyo was simply too big and overwhelming for me.  But then I found the spots of serenity and beauty carefully tended in the midst of sleek modern places.  I didn’t realize that cherry blossom blooming can’t be absolutely predicted and thus people plan their lives and trips to Japan around the cherry blossoms, only to be disappointed.  We were lucky to find ourselves in the middle of the delicate feast. 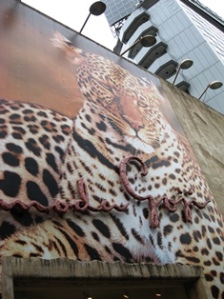 What is it like when a place of order and glistening modernity is flicked around by the reckless finger of Mother Nature?

What do we as humans do and feel when all the things we’ve counted on as solid tumble down around our heads?

How do fragile humans keep their balance and breath when everything is shaken?

The only word I have from watching Ethiopian society get shaken almost to pieces and survive…from going through a flood and eventually coming out the other side…is story.

I met writers in Japan, members of the Society of Children’s book Writers and Illustrators there.  I met Ethiopians in Japan, including a family at this school where I spoke.  I met this young reader who read a magazine article about Ethiopia Reads and saved her yen for a year because she wanted children in Ethiopia to have books and reading, as she does.

Now I’m comforted to think of the people who will be donating money to her–to her city, to her community.  Sometimes, for shiny moments, we’re able to remember where the lines are truly drawn on this earth–that we are all fragile, clinging together on this pretty planet, as the song has it, spinning through space.

So many problems and frustrations are intractible, no matter how much money we pour into them.  Other times, we humans can create a pot and collect up what we have…put in such a small amount and make a huge investment in creating the world we want to live in.  I hope we’ll be able to hang on together for the swirling ride.

7 thoughts on “When the world shakes and tumbles”