School…not necessarily what you think 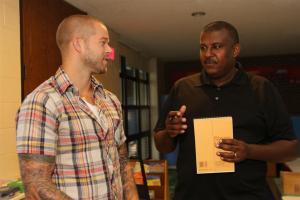 Some of the same people.

Now we’re looking for the words that connect reading…

and the importance of kindergarten.  The words to explain quickly what we’re all about.

So many organizations pick one thing to do–and in some ways that’s good.  But in a place that needs effective systems and infrastructure, as Ethiopia does, we risk making no real impact if we specialize too much.

After all, we’re providing sparks of learning for kids who (mostly) are growing up without books but also without puzzles, without print, without playgrounds, without the chance to hold a pencil or paintbrush…but whose minds are lively and eager, who have determination and grit, who crave a safe place to play and learn and touch and think. 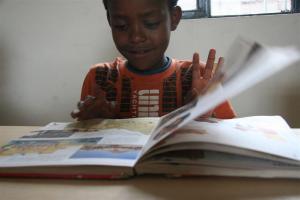 As school starts up and I start doing my first author visits and talking about my love of books, I’m thinking again about what makes school more than preparing people to take their place in the assembly line.

What is it school can do to completely change the path of a person’s life, as it did for my mom?

I caught this episode of This American Life last weekend and listened to fascinating stuff about a new book.

Most readers of The New York Times probably subscribe to what Paul Tough calls “the cognitive hypothesis”: the belief “that success today depends primarily on cognitive skills — the kind of intelligence that gets measured on I.Q. tests, including the abilities to recognize letters and words, to calculate, to detect patterns — and that the best way to develop these skills is to practice them as much as possible, beginning as early as possible.” In his new book, “How Children Succeed,” Tough sets out to replace this assumption with what might be called the character hypothesis: the notion that noncognitive skills, like persistence, self-control, curiosity, conscientiousness, grit and self-confidence, are more crucial than sheer brainpower to achieving success. 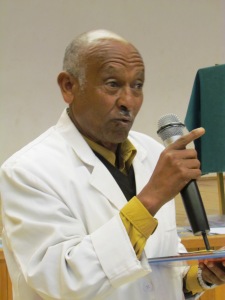 A bunch of things have come together in both places where I use my educator brain–Vermont College MFA and Ethiopia–right now to make it possible to create some models of school that inspires deep reading and writing…and curiosity and resourcefulness and smart thinking and problem-solving.

Artists and writers and readers and philosophers all putting their piece into the mix.

May school everywhere be the place–in 2012-2013–where we think and feel and laugh and explore and shine.  Where we say, “I am significant.”