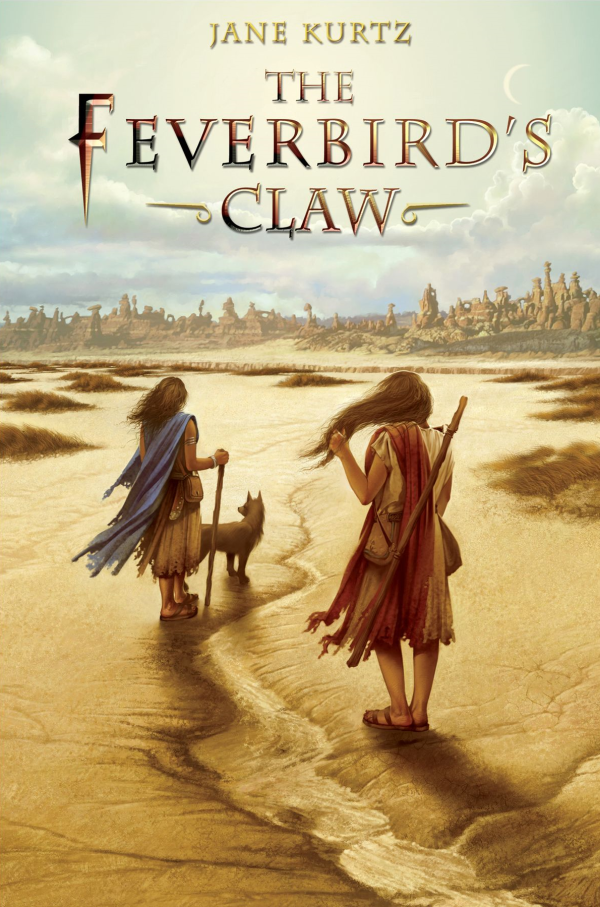 Twice, on the last day of her childhood, Moralin sees death coming straight at her. The first time, in the fighting yard, she saves herself. But the second time, outside the city walls …

Moralin is captured by the Arkera, age-old enemies of her people. They dress in rough clothes and use a language Moralin can’t understand. Why have they kidnapped her? Why are they taking her with them into the heart of the red forest, where the fire-breathing skulkuk lives? And if Moralin can escape, can she survive the skulkuk and the other perils of the wilderness?

Moralin is about to face death again. She is also about to uncover secrets—secrets about the Arkera, her own people, and herself.

“Kurtz has created an elaborate fantasy world filled with danger, beauty, and conflict. The story’s underlying adventure focuses on Moralin, who has been secretly trained in the art of combat by her grandfather, Old Tamlin. Moralin is one of the highborn Delagua people who live securely in a walled city. Her need for friendship makes her join three other girls on a forbidden journey beyond the city walls on the eve of their entry into temple service, a transition into womanhood. This decision catapults her into life-threatening adventures. Once outside the safety of the city walls, the girls are captured by the Arkera, the enemies of the Delagua. Kurtz spins an intricate yarn with one danger leading to another. Old Tamlin’s wise teachings bolster Moralin’s courage as she pretends to cooperate while planning her escape. She forms an alliance with Figt, a girl charged with watching over her, and the two eventually become true friends, willing to risk their lives for one another.”

“After girl-warrior Moralin ventures outside her walled city on a dare, she is kidnapped by the Arkera, a clan she has been taught to fear and despise. She escapes, although not before her participation in the life of the clan begins to erode her prejudices against her kidnappers. Grappling with “feelings . . . tangled as thread,” Moralin allies with an Arkeran girl on a mission to rescue her brother, who has been enslaved by Moralin’s own people. The pace of Kurtz’s first fantasy is a bit uneven, involving long stretches of grueling travel intended to highlight Moralin’s mental and physical stamina. However, the theme of questioning entrenched assumptions will resonate with readers, as will Moralin’s gradual embrace of her broadening horizons: “Wasn’t it strange how you could see the most wonderful things in the world, but if your heart wasn’t open to wonder everything looked no better than mud?”